Goal: Lockheed Martin hired our team of about 5 artists to create a ship simulation for Navy training. They wanted the simulation to look realistic.

Solution: I became the character artist where I designed, modeled, rigged, textured, and animated realistic 3D human characters as shown in this ship deck animation. I created layouts for shots and setup production workflows and renders. Most renders were performed overnight as the simulations took a long time to render in high quality, leaving little room for errors. Another team member built the actual ship. Some of my character scenes took place under the ship’s deck.

Outcome: Our ship simulation won an award for Lockheed Martin.

Goal: A client wanted a short commercial for eating smart. They provided me with a panther sketch from another artist.

Solution: I chose to create the commercial with a cartoon ‘look and feel’ based off the original sketch. I only modeled the part of the character that would be shown and then animated using the 12 Principles of Animation to add realism. I modeled, textured, rigged, and animated the panther in 3D Maya. I then rendered the animation out as Toon Boom in 2D.

Outcome: The client was very happy I chose a 3D approach and that it was believable and fun.

Goal: The U.S. Marine Corps and Army needed training for job tasks to be performed in a safe setting before putting them into action in a high risk environment. 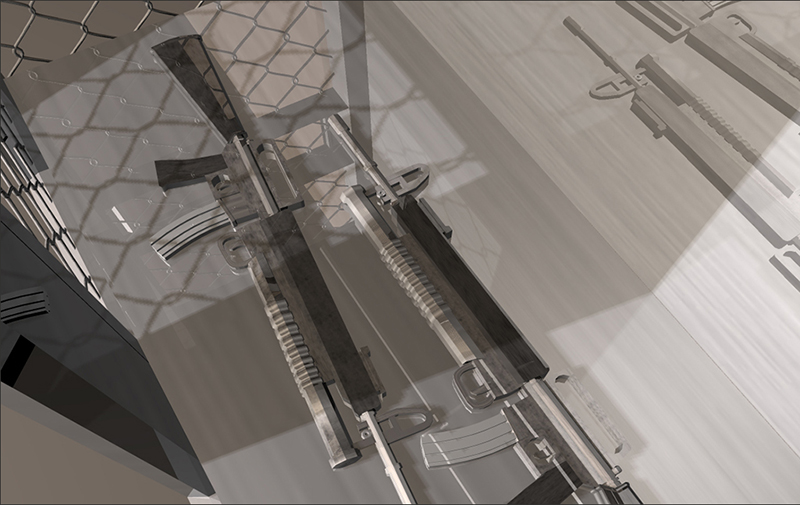 Solution I was a team member amongst 4 other artists. We divided up the training modules. Those of us who could, chose to create the modules in 3D with animations to better simulate real-case training scenarios.

Outcome: The Marine Corps and Army were very impressed and confident the training simulated a real looking environment to train in.

Goal: Create a lip synch animation in a short time period based on a chosen audio clip for a fun competition.

Solution: I created the characters and animated the lip synch to the chosen audio bite. It was a fun project and if I were to teach students in a classroom setting again, I’d include this as an assignment.

Goal: Create a course to prevent slip and fall accidents.

Solution: I created a gamified course with character animation. Clumsy Carol had a series of unfortunate events. I used After Effects for character rigging and then used the 12 principles of animation for realism and humor.

Goal:  NCFY needed their management to learn about social media.

Solution: I wrote a script and then designed a series of modules, each focusing on individual social media topics. Each module had an animated template where I used the 12 Principles of Animation, specifically the bouncing ball look. Each introduction title was swapped out by their relative social media icon. I created all of the modules in their entirety as well.

One of my fun test walk cycles where the character is walking in place and the background is moving, saving significant animation time.

I used to be known as a quadraped character rigger and it was how I got a lot of freelance work from around the U.S. This was a rig I built and animated as a test. To build and animate a quadraped, I had to know the bone structure of the animal and then watch how they moved in order to create accurate rigs and animations. One of my dog quadrapeds helped a team win an award at a Siggraph film competion in L.A. 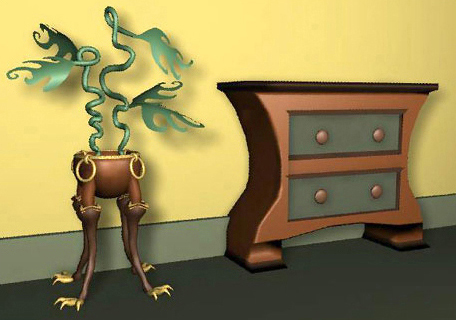 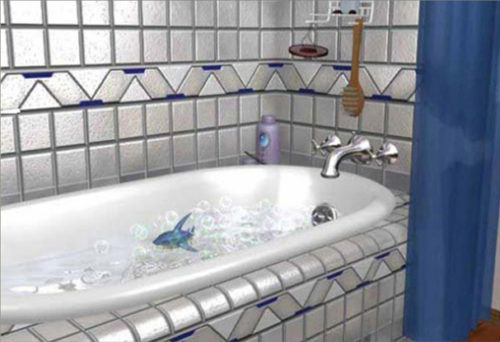 Focused on modeling, texturing, lighting, and rendering in 3D using a whimsical style.